Two years of interning at Sykes & Williams opened up many doors for Kyle Carter and his friend Matt Vaughn. They came to know major players in California business and both received offers to become salaried employees at Sykes & Williams.
Both remained in the company for a few years so they could continue to make important connections and fine tune their skills. After that, Kyle and Matt were ready to start up Carter Health. The name was decided upon after a lengthy conversation. The sound made by a "C" was more recognizable and friendly. “V” was considered too be intimidating and snobbish, so Matt bought it.
Carter Health was comprised of three small to midsized insurance providers. They ingratiated with them while they were still at Sykes & Williams. They billed themselves as a fresh innovative HMO ready to take on new providers. While true, they needed to grow their business quickly.
“We have a zero margin for error, Matt. We have a trickle of cash flow and I do not want to end up in bankruptcy court. I have worked very hard to get to where I am. I will not fail. I am open to ideas, partner.” Kyle waited for Matt’s response.
“The answer lies with one man. Sylas Ibarra.”
“Ibarra rules most of the Los Angeles area. How do you propose we get ourselves in front of the man?”
“Redwoods Country Club. It’s a very exclusive club north of the city. Do you play tennis? He and his wife fly up every weekend and frequent the club. He has an inner circle of friends. Many of them are insurance providers.”
“So when do you plan a trip to RCC?” Kyle said.
“As I said, it’s a very exclusive club. Do you have a well-connected wife you are hiding away somewhere? They only accept wealthy married couples.”
“I work hard to keep my personal history private. I don’t have a background, Matt. My past almost killed me.”
“You never talk about your family or your early life. All I know is that you are an only child and your parents are dead,” Matt said.
“I do not have a single person who I give credit to for who I am. I had no aunt, grandparents or mentor. I have only myself.”
“So… nobody?”
“No, and I don’t have a secret wealthy wife.”
“I suggest you get one and fine tune your tennis game while you are at it,” Matt said.
“Right. I’m going into the city to look at some office space. We should have this done by now.”
Kyle ducked into a coffee shop. His first two stops were not fruitful. The rents were high and the neighborhoods were unsatisfactory. He had to find a place that legitimized Carter Health.
He grabbed The Observer. With a tall cup of black coffee, Kyle grabbed a window seat and started to browse the paper. He felt somewhat old-fashioned reading the paper without the use of a digital screen, but he enjoyed the palpability of the experience.
Kyle read the latest current events and local fluff. Splashed across the front page of the business section was part three of a story regarding Nate Ayala, the business magnate who was recently murdered. The current installment detailed the aftermath of the crooked businessman’s demise.
He would have skipped over the article if not for the photograph of his late wife Jess Hoover-Ayala. She was stunning. The first photo was at a society event. She was with Nate, wearing a sleek black dress and a diamond pendant with matching chandelier earrings. She was more recently caught wearing dark glasses and yoga pants exiting the gym. She looked equally beautiful in both snapshots.
Kyle read the article, which drew Nate Ayala as a despicable man. He owned many prized garages and parking lots throughout California. He had been laundering money through his business and was known to receive lucrative kickbacks. He was running with a rough crowd with ties to a foreign crime syndicate. He was killed execution style in a seedy section of town.
His business dealings were shadowed by his personal misdeeds. Apparently, his wife Jess was unaware of his less desirable and illegal side. He was leading a double life. He was bankrupt and inundated by debt. He left Jess with unpaid fines and a sour reputation. She was attempting to lead a low profile in the wake of the sensationalism.
Kyle turned the page to find another photo of Jess. She was at a charity tennis tournament at the RCC. He called Matt, but when he didn’t answer, he left a message.
“Hi Matt. I have had no luck with office space, but I will shoot you an update and two more spots that I want you to check out. I have seen huge spaces in crap neighborhoods. I have to arrange for a chance encounter with a widow. I will fill you in later.”
Kyle grinned and started to look for tennis lessons.
=============================================
If you like it, get the full novella for free in almost any ebook store:
Amazon
Barnes and Noble
Itunes
Kobo
Scribd
Page Foundry
Oyster
Thank you. 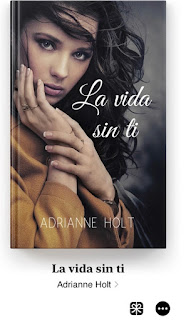